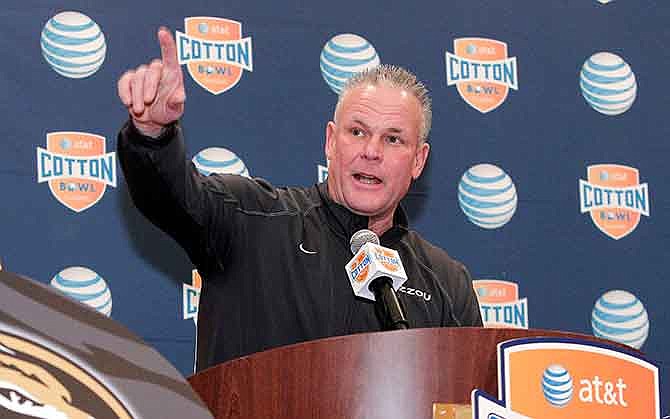 COLUMBIA, Mo. - Missouri State is expected to announce Missouri defensive coordinator Dave Steckel as the head coach of the Bears today, according to reports by the Springfield News-Leader.

A news conference is scheduled for 5 p.m. today to announce the new Missouri State football coach, according to an athletics department press release.

Steckel is in his 14th year as linebackers coach at Missouri. He has also been the defensive coordinator the past six seasons, and in 2011 he was given the title of associate head coach.

Missouri State is coming off a 4-8 season, after which coach Terry Allen's contract wasn't continued.

The Bears haven't had a winning season since 2009 and haven't reached the Football Championship Subdivision playoffs since 1990.