Gant plays for Tigers after absence

Gant played in Missouri's game on Saturday against Xavier, scoring 13 points in 15 minutes off the bench. 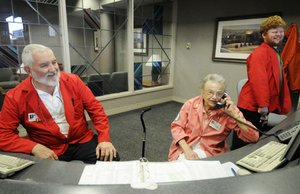 "He was withheld from competition previously until questions regarding his eligibility could resolved," an athletics department press release said. "Those questions were related to his receipt of benefits. We are pleased to have his reinstatement complete."

After the game, Missouri coach Kim Anderson said he had not known previously Gant would be returning for Saturday's game.

"(I'm) certainly thrilled to have him back on our basketball team, and he played extremely well today," Anderson said. "He's been practicing, but he's been on the scout team a lot. I was pleased with how much he knew and how he played and some of the things he did. It's great to have him back.

"The release speaks for himself, and I'm not going to talk about it anymore."

Gant's withholding was announced prior to Missouri's season opener against Missouri-Kansas City, which the Tigers lost.

The freshman also was suspended briefly from the team's preseason activities after being arrested on suspicion of third-degree assault.

He and fellow freshman D'Angelo Allen, who was also arrested, returned to the team and were eventually charged with a peace disturbance, a Class B misdemeanor.