Country Club's history on par with any retreat 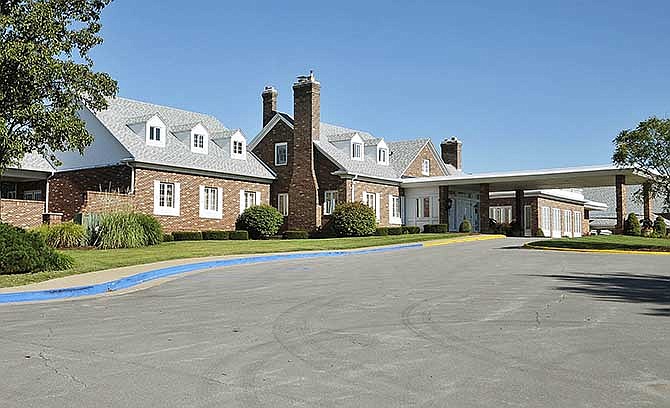 A sickly man, Missouri Gov. Herbert Hadley sought outdoor opportunities for health as much as recreation.

Elected as the state attorney general in 1905, he expected to move to a New Mexico ranch after his term. Instead, Missouri voters elected him governor in 1909. 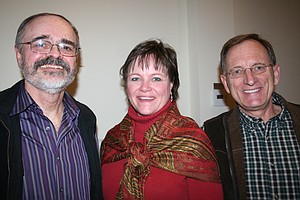 "When office-seekers and Democratic legislators became too annoying, he sought relief by heading for his 125-acre spread on the outskirts of town," Jean Carnahan wrote in "If Walls Could Talk."

Hadley's cabin, where his family farmed and gardened, still stands on the McCormick Farm.

The governor hosted many community leaders and elected officials at that farm. And from that camaraderie came the idea of the Jefferson City Country Club.

Eventually, even land from Hadley's farm became part of the club acreage.

"Hadley, an avid golfer and outdoorsman, was a moving spirit in organizing the club," Edward Staples wrote in his 1981 "A History of the Jefferson City Country Club."

With 95 organizers, the country club officially formed in September 1909 and Hadley was the first president.

The Jefferson City Daily Tribune reported: "The club is in the estimation of the business men the "best thing that could have been done to bring the merchants and business men together. In this way, they will become more acquainted with one another and be in a better position to work to the common end, of promulgating the welfare of Jefferson City.

"It will be a very valuable asset when the fight for a new capitol gets warm and when it will take unity and harmony ... to bring about the desired result."

Sedalia and other Missouri communities pointed out the poor condition of the second Capitol, suggesting a new building should be built in a new city. The copper-domed Capitol burned in the third year of Hadley's term and the country club members joined with other community leaders to secure the seat of government remained in Jefferson City.

Part of that strategy was reserving 50 memberships for residents outside of Jefferson City to "show them what the town is, the class of our businessmen and let them feel the hospitality of Jeffersonians," the newspaper said.

Prior to the November 1910 statewide vote regarding its Capitol, the newspaper reported it was not uncommon "to see crowded excursion trains switched from the Missouri Pacific mainline tracks to the Bagnell Branch and proceed gingerly over the uncertain roadbed to the country club, where barbecues had been prepared."

The club also provided a retreat for the artists and architects who temporarily relocated here for the construction, decoration and furnishing of the third Capitol.

Throughout the club's history it has been involved with the state's politics and has prided itself on providing a home away from home for members and guests, said Ramona McKay, general manager.

"January and February are our busiest time," she said. That time frame is slowest for other private clubs outside of a state capital.

"It's a great opportunity to showcase our creative side; it's a really fun time," McKay said.

Prestigious visitors have been part of the club's 105-year history.

After visiting the Missouri State Fair in 1912, President William Howard Taft played a round at the club at Hadley's invitation.

When the club organized, Jefferson City's population was 12,000 and the city limits were from Lincoln University to the water works.

Originally, 157 acres of partially-wooded farmland were acquired in February 1910. They likely used teams of animals to clear and smooth the nine-hole course, designed by the Rev. Paul Talbot, who recently had become pastor of Grace Episcopal Church.

Charter member Henry Andrae, who was the Missouri State Penitentiary warden at the time, arranged for inmates to help with the clearing and construction.

The 5-par first hole once was called "the longest golf hole west of the Mississippi."

Before entering the ministry, Talbot was a sportswriter and was a three-time amateur golf champion in Kansas.

"Rev. Talbot introduced many members of the club to their first set of golf clubs," Staples wrote.

By the 1920s, the putting greens had been converted from sand to grass.

The first golf pro was employed in 1927. Horton Smith, 19, worked three days per week. He won eight tournaments during the 1928-29 tour and in 1930 returned to Jefferson City for an exhibition with Walter Hagen, a dramatic and colorful champion golfer.

A Ladies Day established in the 1930s contributed to the increased numbers of women in golf and tennis.

When circumstances began to improve from the Great Depression in early 1937, the clubhouse was significantly redecorated. Unfortunately, fire claimed it, as well as the lives of two employees, a few months later.

Quick leadership and donation response resulted in the first stage of the present building, designed by Austin Welch, reopening the club in April 1939. The city Historic Preservation Commission designated it a Landmark in May.

The original clubhouse had a more rustic feel with front and back porches, durable furnishings and floors pock-marked by cleats.

A newspaper report said the new clubhouse "is a distinct compliment to the city, with accommodations for 150 members and their families, a golf course, facilities for tennis, horseback riding and other sports, and a large recreation room on the third floor for children."

During World War II, wives of servicemen received free services, servicemen golfed for only a $1 green fee, and guest cards were sent to generals and recommended officers from Ft. Leonard Wood.

After the war, the club had its first waiting list and expanded its membership limit, as well as its facilities.

That expansion included the purchase of nearly seven acres where the lake was built. The charter members had wanted property on a river or lake, and finally the club had it.

The first tennis courts were abandoned and a pool was added in 1953. The club for a time had a Skeet and Trap group, which operated on the club's acreage north of U.S. 50 separated by the new highway.

The Jefferson City Country Club was featured in Life Magazine in August 1962, even before the 18-hole course was completed in 1964.

Joe Jiminez, the golf pro hired in 1964, won the National Seniors Championship in 1978 and went on to the World Seniors Tournament in Scotland.

Other notable players have played the local greens, like Mickey Queenan, a likeable Irishman who tended to get in trouble in Jefferson City. The club staff tried to keep him out of the city. Once they hid his shoes, but upon finding one, he hitched a ride on the back of a pickup truck. Being without money, he knocked on the Mansion door to collect $2 owed by then Gov. Caulfield for a lesson Queenan had given his daughter Henrietta, according to Henry Andrae, who wrote a supplement to the club history.

Walter Hagan, a U.S. and British Open champion played the course in 1930, when he set a course record for the time with nine hole played in 32 strokes.

About 1938 Loma Frakes played a game with Andrae and Charlie Carson, where Frakes set a birdie string recorded in Ripleys "Believe It or Not," later broken by Dr. Paul Leslie.

Many Men's State Amateur Championships have been played there, as well as ladies championships and seniors, which have drawn the likes of Tom Watson and Payne Stewart.

Future professional John Daly played three summers on the course while he was a student at Helias Catholic High School. And Nancy Lopez won her first major tournament at the club in 1971.

Today, the club has more than 400 members in six categories. And the 150 acre-property includes 20 undeveloped acres.

"We're not centrally located to the Capitol, but they still came here 100 years ago and they still do today," McKay said.

The club formed because of and continues the "need for entertainment, confidentiality and exclusivity," McKay said.

"This used to be the place where deals were made," she said.