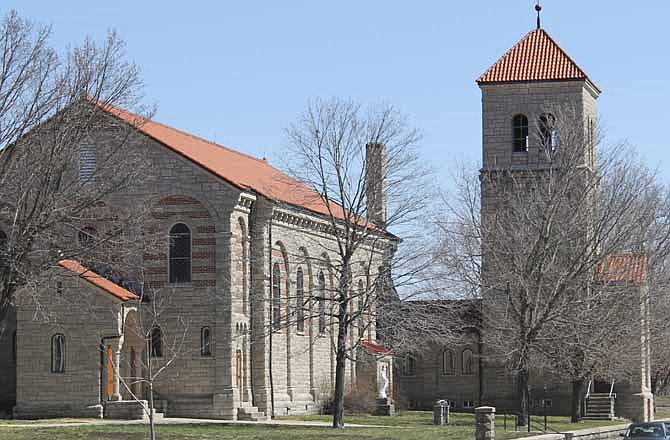 Jubilation Bells from Our Savior's Lutheran Church will perform at 11 a.m. Saturday inside the church in Frankenstein.

FRANKENSTEIN, Mo. - Flying monsters may have been a humorous sight in 1999, but 150 years ago, the town of Frankenstein was not named for the fictional mad scientist.

Instead, Our Lady Help of Christians Parish began in a log church as Maria Hilf (which translates in English to Mary Help) in 1865 after the congregation formed in 1863 from German immigrants, many who relocated from an overpopulating Loose Creek area.

One nun referred to the town as "a thoroughly Catholic settlement," according to an overview written by Gary Kremer, who grew up in the rural Osage County community.

The Parish History Book, where that overview may be found, will be on sale with many other souvenirs 9 a.m.-9 p.m. Saturday.

The sesquicentennial celebration will begin with an 8 a.m. breakfast. A parade of vintage tractors, equipment and more will begin at 10 a.m.

Jubilation Bells from Our Savior's Lutheran Church will perform at 11 a.m. inside the church followed by a presentation by Kremer, who is the executive director of the State Historical Society of Missouri, and the Jefferson City Cantorum at 2 p.m.

A Rosary balloon launch will be at 11:45 a.m., and the Mule Kicker Cloggers will perform at 5 p.m.

Mass will be celebrated at 3 p.m.

Other activities throughout the day include lots of food vendors, a flight with Father John Schmitz, juggling, magician, clowns and other children's activities. A shuttle will be available.

Today, the parish is composed of about 150 families, most of whom derive their livelihood at least in part outside of farming.

But the Catholic immigrant families located west of what would become Linn because it was quite suitable for agriculture and reminded them of their German homeland.

"Early Frankenstein residents were incredibly resilient and self-reliant people, whose lives were focused inward, toward themselves and each other, bound together in a faith community that shared common beliefs, traditions and practices," Kremer said.

Many people needed additional income in the early 1900s, going to work at shipyards, a quarry, the Civilian Conservation Corps and the Works Progress Administration.

"Isolation that contributed to the seemingly unchanging nature of life in the Frankenstein community began to break down dramatically in the era after World War II," Kremer said.

More men began to seek non-farm employment, often outside the community. And a growing number of women sought employment outside the home.

Jefferson City jobs became significantly more appealing by the mid-1950s, when the main gravel roads leading to U.S. 50 west of Linn were blacktopped.

But the town has retained its rural charm.

In the 1960s, no protests, sit-ins or flag-burnings took place. And Frankenstein boys served their country in the Vietnam War, just as their fathers and grandfathers had done.

Although the parish lost the comfort of a resident pastor in 1970s, the community experienced several quality of life improvements.

"None was bigger than the effort to create a public water supply for the community," Kremer said.

The Frankenstein Community Ballpark was built in 1978 and the six-unit Frankenstein Senior Citizens Apartments opened in 1979.

"Community residents grieved with the Jaegers family," Kremer said. "The store had been more than a retail establishment: it had been a gathering place for young people before and after school, and for young and old alike on Sunday mornings after church.

"It was a place where children first saw Santa Claus, and where neighbors met and exchanged news and gossip, and the first place called when a community cry for help went out."

The town did receive brief notoriety when Twentieth Century Fox parachuted 25 "flying Frankensteins" on the ballfield in 1999 to promote the re-release of Mel Brooks' "Young Frankenstein."

The first church building overlooked the Huesgen Branch from a high ridge. Mass was celebrated about once a month at the missionary church of the Immaculate Conception parish at Loose Creek.

The land west of the second church, on land donated in 1873 by Gottfried Franken and John Huesgen, was known as Franken Hill.

As the community experienced further growth, its first resident pastor was assigned in 1885. Then, the parish relocated to a suitable location, where a town could be built, according to Kremer's history.

At that time in 1889, the community was named Frankenstein - either in honor of a German benefactor or in recognition of the previous land donor.

They established the annual summer picnic fundraiser in 1890 to help cover costs of erecting the new church and a school in 1891.

And the present church was completed in 1923.

Nuns from the Third Order of St. Francis of Assisi from Milwaukee arrived in 1896 to take over the school. And in 1923, they continued to teach when St. Mary School became publicly funded.

The sisters intended to leave in 1945 but were persuaded to stay until 1980.

To meet the growing need of varied education, the school added a high school, which graduated its first class in 1943.

And then a lawsuit in 1950 challenging the use of Catholic nuns as public school teachers led to transforming the school back to parochial.

Nevertheless, the current St. Mary School was completed in 1963.

Organizers of the sesquicentennial hope past residents and many friends of the community will share in this unique community's celebration.