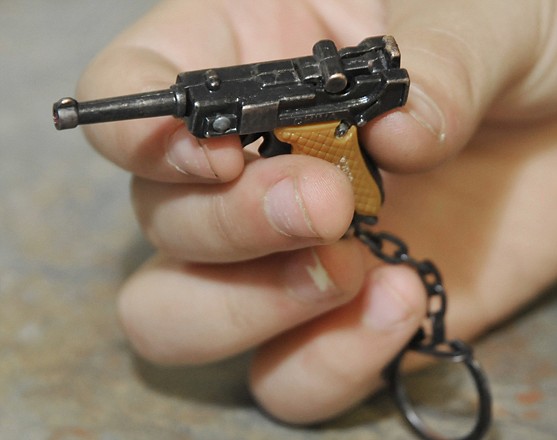 Third-grader Romello Carter was suspended from Pioneer Trails Elementary School for three days for bringing this toy gun on a key chain and showing it to classmates.

The mother of a third-grade boy enrolled at Pioneer Trail Elementary is upset her son was suspended from school for three days after bringing a key chain fob in the shape of a handgun to school Tuesday.

Brandy Williams, mother of 9-year-old Romello Carter, said she thought the punishment was "a little extreme," considering the key chain fob was in no way a weapon, and was purchased as a toy. The item is about 2 inches long.

Williams, who works at a fast-food restaurant on Missouri Boulevard, was at work around 9 a.m. Tuesday when the school's assistant principal asked her pick up her son. According to Williams, the school official told her the object was not the issue, but the fact Carter was aiming it at another student was a problem.

Williams said she thought the school's response was "a little outrageous."