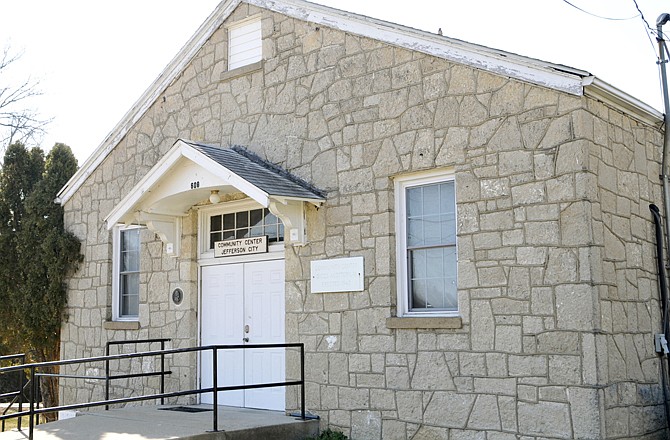 The name has changed to reflect a new era of community, just as the immediate surrounding neighborhood has changed.

The simple, one-story stone building with a T-shaped floor plan has not changed much. That along with its significant ties to ethnic and social history added the community center to the National Register of Historic Places in 1992.

And the community center's value was reflected in its selection as one of the inaugural recipients of the city's Landmark award in 1993.

"(It is) one of the few remaining architectural survivors of what was the heart of the African-American community in Jefferson City from the turn-of-the-century to the early 1960s," the national register nomination said.

The Jefferson City Community Center Association incorporated in 1935 "to serve the Negro citizens of Jefferson City in the matter of welfare, reconstruction, education, charity, recreation, social life and other matters conducive to good citizenship."

The association was an offshoot of the Modern Priscilla Art and Charity Club, with the express purpose of building a community center location.

It took until 1942 for the small, individual donations to accumulate enough for the construction to begin.

Duke Diggs, a distinguished black contractor and business man, directed the construction along with Rolland Copper, who provided the plans. J.W. Damel was president.

Charles "Lefty" Robinson Sr. had served the center's association 15 years as president when he retired in 1957.

Robinson was well known in Missouri baseball circles as a "left-handed fireball pitcher," the nomination said. He organized the local Mohawks ball club in 1921.

He was a charter member of the NAACP and a memorable community servant. The city dedicated the transit/central maintenance facility with his name.

One of the earliest programs was food distribution. Other early activities at the center included dances, club meetings, cultural experiences and a soup kitchen.

During World War II and the Korean War, the center also served as a U.S.O. for black military personnel. The community center thrived through the 1960s.

Then, urban renewal "decimated" the vibrant neighborhood, the Foot.

Today, the center sits in a parklike setting with Wears Creek alongside it and a playground behind.

But when it was built, it was in the midst of one of the greatest concentrations of residences and businesses.

The block included the Booker T. Hotel, the only black-operated hotel in town, plus a black-operated gas station, barber shop, beauty shop and restaurant.

From bingo to youth music to a community garden, the center continues its original goal of meeting needs and improving the quality of life for citizens in the 21st century.