Mitchell Simmons Jr. and Courtney McCarty will experience their first airplane flight in March, as long as they are able to raise the required funds. 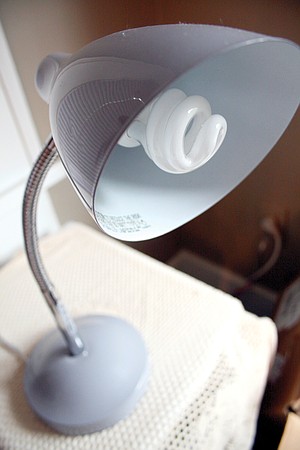 Missouri School for the Deaf students Simmons, McCarty and Jessica Bax were all chosen to attend the National Science Fair held at Rochester Institute of Technology in Rochester, N.Y. The three students applied to go after winning the top places at MSD's science fair. The institute, which holds the fair for deaf and hard-of-hearing students from all over the country, will cover the students' room and board costs, but not their airfare. To raise money for the trip, the three will hold two different fundraisers at the Subway restaurants in Fulton.

One of the ways the students will earn the money is by helping out at the Subway located at 204 Market St. from 4-8 p.m. Friday, Feb. 4. During this time, that Subway location will donate 15 percent of all purchases toward the students' trip.

Through the month of February, $2.50, or half the cost of a dozen cookies at Subway, will go toward the students' airfare. Any customer who buys a dozen cookies must ask the clerk to write MSD on the back of their receipt for the cause.

Mike Honeywell, spokesperson for mid-Missouri Subways, helped set up the fundraisers for the students.

"These kids have done something really great," Honeywell said. "The only thing that's holding them back is the money to get to the university."

He invites the public to come out and support the students.

"You're doing something good for some good people," Honeywell said.

Susan Peterson, MSD science teacher, will accompany the students to New York. She said she's proud of her students for all the hard work they put into their science projects.

"They all had some really cool experiments," she said and added how much of an honor it is for them to compete at RIT.

Bax, 16, and a junior, won first place at MSD's science fair for her project called Young and Lovely Vitamin E. Her project showed how, overall, applying vitamin E to her subjects' faces made improvements to the skin. Bax, originally from Columbia, has been at MSD since kindergarten.

Simmons, 19, and a senior, made an experiment titled How to Make a Turkey Come.

"It was based on how to get a turkey to come to a particular spot," Simmons said through his MSD translator, Norlan Vickers.

Through use of a digital camera, Simmons said he found out there are deer, raccoons and squirrels in plentiful supply at the Peter Ripley Nature Center but no evidence of turkeys.

Peterson said even though Simmons' experiment failed in that it didn't attract any turkeys, it was a success in how the experiment was conducted. The students had to use the scientific method for their projects, she said. Simmons, originally from Joplin but a student at MSD since eighth grade, took second place for his experiment.

Fifteen-year-old freshman McCarty won third place for her project, Homemade Glue. She found that salt, water and flour made strong glue without wasting energy, plastic or the lives of horses.

This is McCarty's first year at MSD. She came to Fulton from St. Joseph.

The students will travel to New York on March 25 and return on March 27. Their goal is to raise the estimated $1,500 in airfare needed by March 1.

Simmons said he can't wait to board the plane and see all the houses look as tiny as ants when he looks out the window as they take off.