Landmark in city is named for benefactor 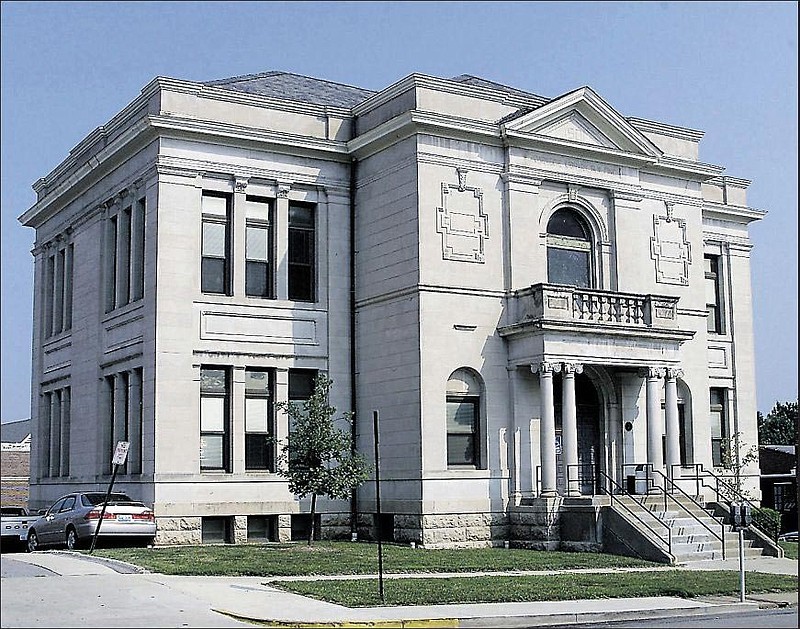 The Carnegie Building, above, is a recipient of the Landmark Award. It was dedicated as the Carnegie Free Public Library in 1902 and served that purpose until 1974. The building was purchased by the county government the next year. (Stephen Brooks/News Tribune)

The opulent interior and distinguished exterior were a testament to the pride Jefferson City felt when Andrew Carnegie agreed in 1900 to financially support the building of a permanent free, public library.

For 70 years, 210 Adams Street was the center of entertainment for many people in the city and later the county.

The main floor was a spacious reading room where people often spent hours reading a checked-out book. Above was an auditorium where, in addition to being the birthplace of The Little Theatre, many civic organizations met monthly. And the basement held the children's collection.

Many students during the Carnegie Free Public Library's heyday, including Carolyn McDowell, would walk from school to the library to do their homework and research.

As a country girl decades ago, McDowell said she would visit the bookmobile when it would stop. But she found the research capabilities invaluable when she could walk after school from what is now the Instructional Resource Center on Miller Street to the library's reading rooms.

"It's my childhood," McDowell said.

And former library staff members Amie Morrow and Nell Sloan cherish the many memories made in the building, which now houses Cole County offices.

Morrow established the ABLE (Adult Basic Literacy Education) program during her 30 years as business secretary and later assistant to the director. She also remembers restoring the oak grandfather clock, donated in 1924, after joining the staff in 1960.

The clock, built by a famous Rhode Island clockmaker, Walter Durfee, was donated by the Sullivan family in honor of a former library board member. "It was a pleasure to work there," Morrow said. "Every day you felt like you're being helpful when you helped people find what they wanted." The children's library was decorated with colorful, fairy tale murals painted by local school students, Sloan said. Sloan joined the children's library staff in 1973, just months before they relocated to the new building. "Those murals were pretty cool," she said. "I hated to leave them. "We had a lot of fun down in that little department." The magnificent interior over the years was replaced with more modern textures. And eventually the library outgrew the benefactor's building.

The wrecking ball was ready to swing against the limestone walls to create more parking for the newly constructed 214 Adams site, current location of the Missouri River Regional Library. But the Cole County Commission with the aid of many local advocates, like McDowell, stepped in to retain the symbol of a community's persistence.

"For a long time, I was sorry they didn't tear it down ... we needed the parking," Sloan said. "But I've since then changed my mind."